The Relevance of a Guru

The guru-shishya relationship has been the sacred cornerstone of our religious and educational traditions in general and music as well as dance education in particular. Our religious and historical tomes abound with stories and themes of guru bhakti. There are several instances of characters from our rich history enjoying the fruits of their guru’s benevolence and an equal number of instances wherein a guru’s wrath or displeasure has resulted in dire consequences for the unfortunate disciple.

In our musical and dance ethos too, the tradition of oral transfer of both musical and dance concepts from guru to shishya reigns supreme to this day. Composers through the ages have crafted many kritis in praise of the “Guru”, the most well-known being Tyagaraja’s “Guruleka Etuvanti”. Mysore Vasudevachar’s “Gurukripa Leka” is another example. The Tanjore Quartette’s deep guru-bhakti was to such an extent that they used the mudra “Guruguha Dasa” in their compositions as a tribute to Muttuswami Dikshitar. In today’s world of fleeting relationships, momentary pleasures a teacher’s value and the respect he or she enjoys has diminished drastically. Here is a collection of slokas from our religious texts that talk about the “Guru”:

The Guru is none other than Brahma, the Creator.

The Guru is none other than Vishnu, the Preserver.

The Guru is none other than the great God Shiva, the Destroyer.

The Guru is verily the supreme Brahman. To the divine Guru I bow.

I bow to the divine Guru, who reveals to one the divine.

Being that encircles and permeates the moving and the non-moving.

I bow to the divine Guru, who by the application of the collyrium of

knowledge, opens the eyes of one blinded by the disease of ignorance.

Guru is the God, say the scriptures. Indeed, the ‘guru’ in Vedic tradition is looked upon as one no less than a God. ‘Guru’ is a honorific designation of a preceptor as defined and explained variously in the scriptures and ancient literary works including epics. The English word ‘guru’ has its etymological origin in the Sanskrit term. The Concise Oxford Dictionary of Current English defines it as “Hindu spiritual teacher or head of religious sect; influential teacher; revered mentor”.

Aren’t gurus more real than the gods? Basically the guru is a spiritual teacher leading the disciple on the path of “god-realization”. In essence, the guru is considered a respected person with saintly qualities who enlightens the mind of his disciple, an educator from whom one receives the initiatory mantra, and one who instructs in rituals and religious ceremonies. The Vishnu Smriti and Manu Smriti regards the Acharya (teacher), along with the mother and the father as the most venerable gurus of an individual. According to Deval Smriti there can be eleven kinds of gurus and according to Nama Chintamani ten. According to his functions he is categorized as rishi, acharyam, upadhya, kulapati or mantravetta.

The Upanishads have profoundly underlined the role of the guru. Mundak Upanishad says to realize the supreme godhead holding samidha grass in his hands one should surrender himself before the guru who knows the secrets of Vedas. Kathopanishad too speaks of the guru as the preceptor who alone can guide the disciple on the spiritual path. Over time the guru’s syllabus gradually enlarged incorporating more secular and temporal subjects related to human endeavor and intellect. Apart from usual spiritual works his sphere of instruction now included subjects like Dhanurvidya (archery), Arthashastra (economics) and even Natyashastra (dramatics). Such was the ingenuity of the all pervading intellect of the ancient Acharyas that they perpetuated even shastra like thievery. Shudraka’s celebrated play Mricchakatikam tells the story of Acharya Kanakashakti who formulated the Chaurya Shastra, or the science of thievery, which was further developed by the gurus like Brahmanyadeva, Devavrata and Bhaskarnandin.

From Hermitages to Universities

Gradually the institution of Gurukula or in-forest-hermitage, where disciples learnt at the feet of guru for long years was evolved. The great urban universities at Takshashila, Vikramashila and Nalanda essentially evolved from these tiny gurukulas tucked away in deep woods. If we have to believe the records of Chinese travellers who visited Nalanda at that time, there were more than 1,500 teachers teaching various subjects to more than 10,000 students and monks.

There were gurus as well as disciples of different hues to whom references were made in scriptures and literary works. The most popular legend is that of the amazing young tribal boy Ekalavya on being rejected by the ace trainer Dronacharya, raised his statue and with great dedication practised the art of archery and left behind Arjuna, the master archer, who actually learnt the art under the living guru. And the heartless guru asked for his thumb as gurudakshina or fees, and made him inferior before his royal disciple. In the Chandogya Upanishad, we meet an aspiring disciple Satyakama, who refuses to tell lies about his caste in order to get an admission in the gurukula of Acharya Haridrumat Gautam. And in the Mahabharata we come across Karna who did not bat an eyelid while telling Parashurama that he belonged to the Bhrigu Brahmin caste just to obtain the Brahmastra, the supreme weapon.

From generation to generation the institution of the guru has evolved various basic tenets of Indian culture and transmitted spiritual and fundamental knowledge. Gurus formed the axis of ancient educational system and ancient society, and enriched various fields of learning and culture by their creative thinking. Herein lies the lasting significance of gurus and their contribution to the upliftment of mankind. 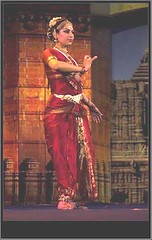 Minakshi Ajay is a Bharatanatyam dancer and founder of Nrityakala Dance Creations based in Essex . She has had over two hundred performances world-wide with appreciation from important dignitaries.