When the Index finger in the Katakamukha mudra, is placed in between the middle finger and the thumb we get the Bhramara mudra. The Index finger can also be curled and placed. Bhramara looks like a Bee and thus it is called Bee shaped. 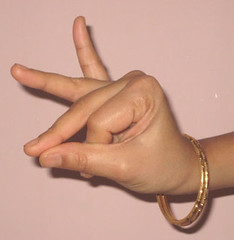 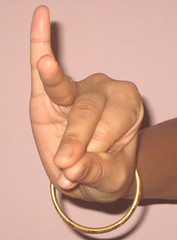 The shloka is as follows :

It says that Bhramara can be used to denote