When the hands are held like paws of a tiger we get Vyaagraha Hasta. 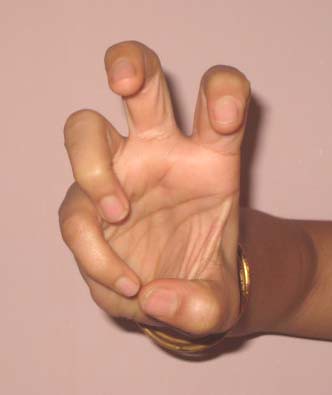 Lets take a look at the Viniyoga Shloka (uses)

Shloka says that such a gesture is used to denote

Note- Some call this gesture as Urnanbha.